Experience Wishes fireworks from the water! Reservations are now available for FerryTale Wishes: A Fireworks Dessert Cruise at Walt Disney World Resort! This is the perfect way to take in a breathtaking view of the Magic Kingdom Park nighttime spectacular fireworks from an exclusive spot on Seven Seas Lagoon with dazzling desserts and drinks.

Disney’s Animal Kingdom Awakens at Night With New ‘Jungle Book’ Show, Parties & Attractions Starting Memorial Day WeekendStarting this Memorial Day Weekend, guests will be able to enjoy Disney’s Animal Kingdom in a whole new way – after the sun goes down! Whether it’s riding Kilimanjaro Safaris at sunset, venturing down Kali River Rapids at twilight, dancing alongside African performers in Harambe, or reveling in a live musical celebration of Disney’s hit film “The Jungle Book,” park guests have a lot to look forward to. 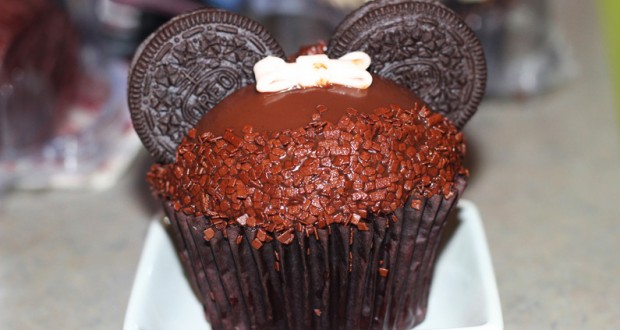 Walt Disney World has a ton of incredible, delicious snacks! Guests can find them in the parks, the Boardwalk, Disney Springs, and the resort hotels. There are plenty of classic options, like the Turkey Legs, Mickey ice cream bars, Dole Whips, and School Bread plus seasonal choices at the various festivals and special parties. No matter the time of year you visit, you’re sure to enjoy the Disney snacks! Next time you are ordering a snack consider the following tips.  While Florida can be hot one of the worst ways to spend a snack credit is by getting a bottle of water. You can get free cups of water just about anywhere so no need to use up a snack credit! The same logic holds true for items like whole fruit or a bag of chips. Consider a quick cost-value analysis before scanning for the credit. A good rule to use is a snack isn’t worth the credit unless it’s at least $4. Otherwise, save your snack credits for something more special and use cash. Also, consider using a snack for a light breakfast, like a bagel; or a not-so-light cinnamon roll from Gaston’s Tavern or a quick visit to Starbucks. Just about every drink on Starbucks menu is a snack! That includes extra pumps of syrup, extra espresso shots, and dairy-free milk. Now that all four parks and Disney Springs have a Starbucks, this is an easy and tasty option for a snack. Also, many of the snacks at Walt Disney World are fantastic desserts. Next time at dinner, consider skipping dessert and get it later from a snack stand. Sometimes getting ice cream or a cupcake later is a great option.

Frozen Ever After will take guests on an adventurous boat tour through the kingdom of Arendelle. Once inside, guests will be transported to the “Winter in Summer” Celebration where Queen Elsa embraces her magical powers and creates a winter-in-summer day for the entire kingdom. Guests will pass Troll Valley on their way up the icy North Mountain to Queen Elsa’s Ice Palace, and later on return to the Bay of Arendelle.

After disembarking, guests can top off their “Frozen” experience by meeting the royal sisters in their new Royal Sommerhus greeting location. Inspired by a Norwegian countryside cabin, Anna and Elsa have opened their summer home for visitors.

The Frozen Ever After attraction is currently being constructed in the Norway Pavilion at Epcot is set to open in June.

Add on Theme Park tickets to make the most of the magic!

To learn more about these and other offers get a free quote today at http://www.magical-destinations.com. We are your Authorized Disney Vacation Planners!

Mickey’s Royal Friendship Faire’ Set to Open in June 2016 at Magic Kingdom Park. In the show, Mickey and his troupe of Merry Makers have been preparing to host a joyous festival and have ventured far and wide to invite friends from other lands to join their celebration. From the Land of the Bewitching Bayous, Goofy has invited Tiana, Naveen and Louis to add a little spice of New Orleans jazz to the party. From the Land of the Enchanted Woods, Donald Duck brings some new friends he met at the Snuggly Duckling, and Daisy introduces us to her special guests, Rapunzel and Flynn. Finally, Mickey shares a surprise with Minnie, as he has traveled to the Land of the Mystic Mountains to invite Olaf, Anna and Elsa, who contributes a blast of her icy magic. It all culminates in a grand dance, as the Merry Makers invite all their new friends to join in the fun on this special day in Magic Kingdom Park.

New Tiffins Restaurant at Disney’s Animal Kingdom Opens Memorial Day Weekend. Tiffins, the newest Walt Disney World table-service restaurant at Disney’s Animal Kingdom, will open Memorial Day weekend for lunch and dinner.Located in the park’s Discovery Island area, the menu is inspired by the world travels of the park’s creators (Tiffin is the Indian word for a lunchbox used by travelers, and also the word for a mid-day meal).

Soarin’ Around the World Takes Flight at Disney Parks This Summer

Imagine a wind-through-your-hair flight above The Great Wall of China, a bird’s-eye view of the Sydney Harbor in Australia, gliding around the Matterhorn in Switzerland …These are among more than a dozen breathtaking ways you’ll be able to experience the wonders of the world when Soarin’ Around the World makes its groundbreaking debut. On June 17, guests at Disney California Adventure park at the Disneyland Resort and Epcot at Walt Disney World Resort will be able to board the exhilarating aerial adventure that immerses you in a multi-sensory experience, complete with stunning sights, spectacular sounds and even subtle scents. Fastpass+ will be an option for Soarin’.

Walt Disney World is an amazing place to enjoy a vacation but unless you have a plan it can become very overwhelming.  There are just too many experiences to see them all in one trip but we can help you make the most of your vacation! I try to stick to some key factors that can help you save money, energy, time and stress.
I encourage clients to stay on property. With over twenty different options to choose from, staying at a Disney Resort is the easiest way to stay close to the magic at all times. Each Disney Resort features a unique theme that is carried out through details found in architecture, music, entertainment, dining, shopping, pools, recreation, and landscaping. Staying at a Disney Resort is the best way to get the most out of any Disney vacation. Another way to save time on a Disney vacation is by using the FastPass system and making advanced dining reservations. FastPasses act as reservations for attractions and experiences that assign guests specific times to enjoy the experience with little to no wait time. All full service dining locations in Walt Disney World accept reservations and guests who are looking to enjoy a full service meal while on their Disney vacation definitely need to book Advanced Dining Reservations. These reservations can be made up to one hundred and eighty days in advance.  Guests who stay on property at a Disney Resort can also take advantage of special times in the parks. Extra Magic Hours are only available to guests who stay at Disney Resorts and feature one park opening an hour early each morning and another remaining open up to three hours each night. Extra Magic Hours are amazing times to visit the parks as there are fewer crowds and lower wait times on popular attractions.  But most important we encourage our clients to remember to enjoy many of the classics that are sometimes overlooked with the new popular attractions. Walt Disney World is filled with so many amazing details that one of the best ways to appreciate it all is to simply slow down and take it all in. Have a magical vacation!

There’s a lot of fun in store for Star Wars fans this summer at Disney’s Hollywood Studios. Starting this June, fans won’t want to miss the grand debut of a new Star Wars fireworks show, “Star Wars: A Galactic Spectacular.” This new nightly show is the next generation of the current Star Wars-inspired fireworks show. It will combine fireworks, pyrotechnics, special effects and video projections that will turn the nearby Chinese Theater and other buildings into the twin suns of Tatooine, a field of battle droids, the trench of the Death Star, Starkiller Base and other Star Wars destinations. The show will be punctuated with a tower of fire and spotlight beams, creating massive lightsabers in the sky. This new show will be the most elaborate fireworks display to take place in the history of Disney’s Hollywood Studios.

Meet Kylo Ren in the Star Wars Launch Bay at Disney’s Hollywood Studios
The just-opened Star Wars Launch Bay showcases large-scale artifacts and encounters with characters including Kylo Ren. The re-imagined Jedi Training: Trials of the Temple experience also features new characters. And at Star Tours – The Adventures Continue, guests buckle up for an enhanced high-speed journey with new Star Wars: The Force Awakens characters and a visit to Jakku. For future updates on experiences like these, as well as plans for the Star Wars-themed land currently under construction at the Walt Disney World Resort continue to follow our blog magical destinations.wordpress.co

Fans of The Haunted Mansion attraction may want to make room for one more Disney Tsum Tsum starting today, April 15, 2016. That’s the day a new collection of stackable 3-inch plush inspired by the classic Disney attraction will be released at Disney Parks.

Disney announced their cruise itineraries for the summer of 2017, including first-time visits to new destinations in Alaska and Europe, in addition to a return to Norway, the British Isles, the Mediterranean, the Caribbean and the Bahamas. Here are the details on new summer fun your family can expect when sailing next year. 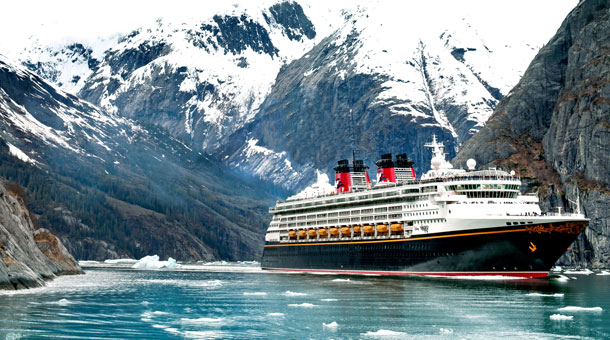 New for the first time, we’ll take guests to Alaska’s Icy Strait Point and Hubbard Glacier. These dramatic locations are part of a new nine-night itinerary on the Disney Wonder. Departing from Vancouver, British Columbia, on July 24, 2017, this itinerary also sails to Ketchikan, Juneau, Skagway and Tracy Arm Fjord.

Icy Strait Point offers a variety of Alaska nature adventures, including a zip line attraction that is one of the longest and highest zip lines in the world. Nearby, Glacier Bay National Park is a spectacular highlight of Alaska’s Inside Passage and a UNESCO World Heritage Site. Another highlight of this cruise is seeing Hubbard Glacier, the largest and most active tidewater glacier in North America. Displaying extraordinary blue hues and immense beauty, this spectacular glacier is more than six miles wide where it meets the ocean.

On May 13, 2017, the Disney Magic embarks on a 15-night transatlantic crossing from Port Canaveral, Florida, to Copenhagen, with a stop in Amsterdam along the way. This itinerary also includes a call on Portland, England – another first-time port for Disney Cruise Line. Portland is a short distance from Stonehenge, the prehistoric ring of standing stones monument that is one of the Seven Wonders of the Medieval World.

A visit to Amsterdam also will be part of a 10-night northern Europe itinerary that departs June 18, 2017, from Copenhagen, Denmark, to Dover, England. Other ports on this sailing include Warnemunde (Berlin), Germany; Stockholm, Sweden; Helsinki, Finland; St. Petersburg, Russia; and Tallinn, Estonia.

The grand tour of Europe continues throughout the summer with limited engagements in the Baltic, Norwegian fjords, Iceland, British Isles and the Mediterranean.

The Disney Fantasy will sail from Port Canaveral on longer itineraries for the first time – new 10- and 11-night cruises to the southern Caribbean.

More details on the newly announced itineraries can be found on the Ports and Itineraries for 2017 page of disneycruise.com.

To book your cruise contact us today to learn more: http://www.magical-destinations.com